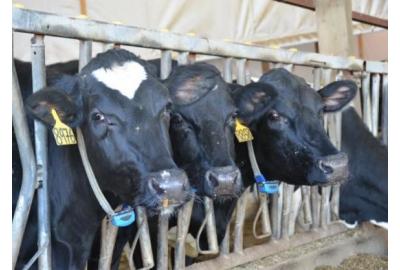 Prevention is the best approach with this ever-evolving bacteria

From 2011 to 2015, bovine respiratory disease (BRD) in nursing calves cost the beef industry approximately $165 million each year.1 Of the bacterial causes of BRD, Mannheimia haemolytica is the most predominant and concerning of the group.2 Animals with an M. haemolytica infection can go from seemingly healthy to deceased in a day’s time.

“Other bacterial pathogens, like Pasteurella multocida, don’t produce leukotoxin, so they don’t cause the severe acute lung damage that M. haemolytica does,” Dr. Sarchet said.

“One Shot® has proven efficacy for stimulating protection against M. haemolytica and reducing lung lesions,” Dr. Sarchet said. “Unfortunately, vaccines available for other BRD bacterial pathogens, like Pasteurella multocida and Histophilus somnus, have not demonstrated the same efficacy of One Shot based on research from University of Minnesota. Because Pasteurella multocida and Histophilus somnus are also Gram-negative bacteria, adding vaccines to protect against these pathogens can add stress and increase the risk of adverse reactions, so the cost/benefit should be carefully considered.”3

Dr. Sarchet explains that Gram-negative bacteria have endotoxins in the cell wall, which are very potent toxins that cause a stress response in cattle resulting in increased heart and respiratory rate, decreased rumen and intestinal action, fever, vascular shock and possibly death.

Research has shown vaccines with leukotoxoid, like what is found in the One Shot® line of vaccines, can help stimulate effective anti-leukotoxin antibodies against M. haemolytica.4 Surface antigens in One Shot have been proven to stimulate production of antibodies which increase the ability of white blood cells to engulf and destroy M. haemolytica bacteria before it can cause lung damage.4

One Shot has also been shown to decrease the amount and severity of lung lesions in cattle infected with M. haemolytica in organized studies because the adjuvanted leukotoxoid from One Shot helps ensure production of predictably higher antibody levels and more effective M. haemolytica protection.3,4 A comparative study of Zoetis products showed that after 21 days of M. haemolytica exposure, One Shot mitigated 74.5%-79.6% of lesions and prevented 89.4% of mortality within the treatment group.4

“Choosing the right vaccine for the right pathogen is key in helping reduce respiratory disease,” Dr. Sarchet said. “Your herd veterinarian is a great resource to develop a protocol that will prevent problems from Mannheimia haemolytica.”

For more information on respiratory vaccination programs, talk to your local veterinarian or visit BuildingHealthyHerds.com to learn more about solutions offered by Zoetis for combating BRD pathogens.